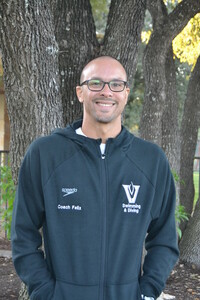 Felix was born and raised in San Juan, Puerto Rico. In 2015, he married his beautiful wife Alexandra, and they’re a happy parent of two boys, Felix Jr., and Lucas. Their lives changed eight (8) years ago when Felix decided to move to Austin to work as a Swim Coach with Nitro Swimming (2014-2020; state champions 2014-2019). Since 2020, Felix has been the Head Age Group Coach at Austin Swim Club. Felix was introduced to sports at a very young age. As a swimmer, he completed every level of the sport (age group, senior, college). He was part of the Puerto Rico Jr. National Team (1997-2004) and played an important role at the University of Puerto Rico swimming team (2005-2008; Team Captain 2007-2008).

Felix’s swimming instruction journey started at the age of 12, and since then, he fell in love with that important aspect of the sport. He has taught swimming for over 20 years and coached at many swimming levels (including master swimming, triathletes, and high school), with a focus on age group swimming (11–18-year-old) since 2009. One of Felix’s biggest accomplishments as a swim coach, was the opportunity to be the assistant coach of the University of Puerto Rico swimming team for two seasons (2012-2014; 2013/2014 college champions) along with his teammate and longtime friend, Gretchen Gotay (Olympian – Sydney 2004). Felix graduated from the Inter American University of Puerto Rico with a BA in Sports Science. In 2019 Felix got certified as a Physical Education teacher in the state of Texas, and he’s also a certified personal trainer that loves to incorporate new knowledge in sports psychology and nutrition. 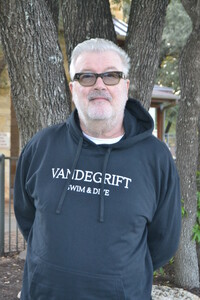 10 years ago, I was a couple of years into an early retirement and was slowly but surely coming to the conclusion the easy life wasn’t all it was cracked up to be. So, I decided to become a Teacher and a Coach. It was one of the best decisions I have ever made. Helping students to achieve their goals, both academically and in athletics has been really rewarding. The past five years I have worked at Rouse, and this year I am excited to embark on a new adventure at Vandegrift. As a Coach, I believe in providing a positive and supportive environment to help athletes improve and enjoy their sport. I am looking forward to several successful years at Vandegrift.